Home
Uncategorized
The virtues of euphorbia

When you find it, wild, on the edge of the road, you think it has escaped from an elegant flowerbed to play hooky… From the family of euphorbias we know especially in our countries the Euphorbium helioscopia, so decorative with its tender inflorescences . green. But there are almost two thousand species of euphorbias, having in common their irritating, toxic and therefore… medicinal latex.

Euphorbias owe their name to the Greek physician Euphorbus who had already pointed out the therapeutic uses of the latex of this species. The one whose latex is more irritating, more therapeutic, is the Euphorbium resinifera, originally from Morocco, a succulent whose corpulence is more reminiscent of the cactus, unlike the slender stems of our European euphorbias. 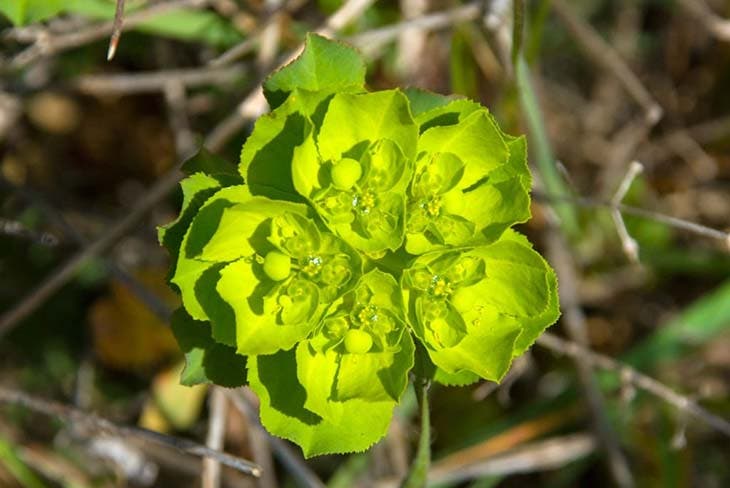 Homeopaths are used to handling toxic plants, whose toxicity has been diluted to guarantee the total safety of their users, but whose medicinal virtues have been preserved and enhanced by the dynamization process that accompanied this dilution. Euphorbium resinifera therefore has a very effective action on irritating affections of the mucous membranes, even very irritating ones, in particular at the level of the eyes. Painful, stinging and suppurative conjunctivitis will be relieved by taking a few granules of Euphorbium resinifera (9CH), as first aid, before, of course, consulting a doctor if it persists.

Beyond this rapid and useful use in the immediate future, during your consultation the homeopathic doctor will assess whether this irritation extends to other mucous membranes (the corner of the mouth or around the nostrils in particular) and, above all, if it also it shows. in the patient’s behavior.

I remember a lovely little girl who had taken to the annoying habit of disturbing the serenity of her family with her constant dissatisfaction and worry, loud and grumpy, and whose pretty eyes watered, scratched, burned very regularly despite repeated applications of disinfectant and anti-inflammatory eye drops. Two doses of Euphorbium resinifera resolved this problem and its recurrence. What’s more, the little girl’s behavior has softened considerably; so much so that the father, initially skeptical of my ability to solve the problem, then surprised by the outcome, came to my office to thank me. In addition to eye damage, Euphorbium resinifera can treat more inflamed joints and, if they burn, spasmodic coughs, erysipelas rashes, or inflammation of the stomach and intestines. Some have mentioned its interest in relieving certain cancer pain. For these prescriptions to be effective, the doctor must also be aware of the “inflamed” behavior of the patient, whose almost manic anxiety induces an excessive and sometimes too demanding solicitation of those around him.

The homeopathic prescription considers the person as a whole, the symptoms that a part of the body presents are only the expression of a feeling of the whole, taking its meaning from the experience, the reaction mode and the general state of the patient.

The significant presence of euphorbias on our roads, in the interstices of the sidewalks of our cities, in the elegant vegetable constructions of our parks, in addition to indicating a probable surplus of nitrogen, often a sign of pollution, could also inform us about the burning anxiety that they personify in (and for) our environment.

Euphorbium helioscopia, in addition to its decorative beauty, can be used as an herb for warts, like celandine. Breaking its brittle stem between our fingers, we extract a drop of the white juice that is squeezed and apply it on the wart to help its absorption. Take care to wash your hands before putting them in your eyes or nose, to avoid irritating the mucous membranes in contact with the latex.

read also Poultice, infusion, gargle, mouthwash or bath: how to get the most out of plants?