For 30% of depressed patients, prescription antidepressants will not be effective. A team of researchers is working on useful indicators for doctors to predict which people will be resistant to conventional treatments. Update on the topic with Dr. Claire Jaffré, intern in psychiatry and doctoral student in neuroscience.

Human suffering, disability, cost to society… Depression is a major public health problem. It affects 300 million people worldwide. This figure is constantly increasing. One in five people have experienced or will experience depression at least once in their life. Mood disorder, depression is characterized by various symptoms: sadness, loss of vitality or pleasure, psychomotor retardation, thoughts of death or suicide, low self-esteem, sleep or appetite disorders, fatigue, poor concentration, attention problems or memory. A diagnosis is made when a person feels weak or loses energy daily, along with at least four other symptoms, for at least two weeks. Depending on the number and intensity of symptoms, depression can be mild, moderate, or severe. The causes of the disease are multiple: difficult life events, chronic stress, genetic susceptibility…

In 30% of patients, standard prescription antidepressants are not effective. Doctors are then forced to try other treatments, even non-pharmacological ones, to obtain a positive result. A terrible ordeal for depressed people who then have to wait a long time before seeing an improvement in their mental state. In fact, on average, an antidepressant takes three weeks to work. Trying multiple treatments wastes a lot of patient time. Some resistance factors to antidepressants are known. Among these, experts note an imbalance in the neurotransmitter system in the brain (the system that allows cells to communicate with each other) and a decrease in the volume of the hippocampus (brain region that plays an important role in the memory of past events). ). “Several hypotheses can explain these brain changes. We know, for example, that an abnormally high secretion of cortisol (stress hormone) is toxic to neurons. 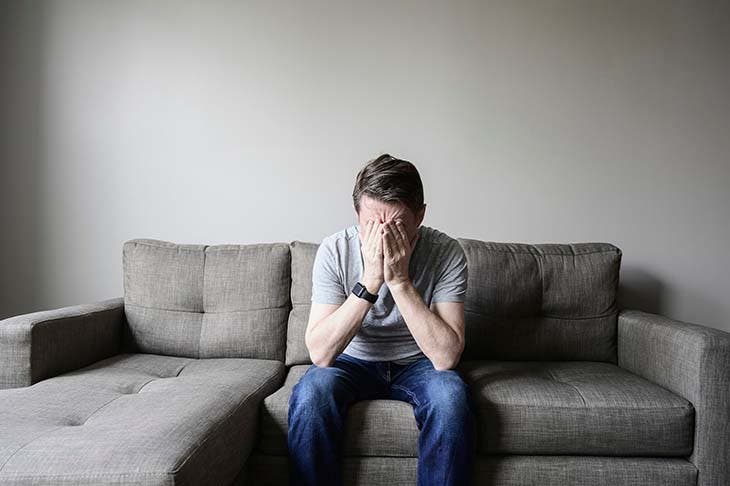 Today, the link between motivation and reward circuits at the brain level is well known. Dopamine in particular is a hormone that plays an important role in motivation. “However, the first antidepressants offered by doctors did not target dopamine but rather serotonin (a hormone that helps regulate mood). This could explain its ineffectiveness in some patients”, says Dr. Jaffré. Given this observation, Dr. Jaffré’s thesis team has designed a battery of tests to assess the different facets of motivation. This “motivational battery” helps refine the clinician’s understanding of the patient and guide their treatment options. “When asking patients questions, we want to understand the criteria that determine their preferences.

Other tests consist of making them perform actions. We offer them a sum of virtual money. The objective is in particular to know if they agree to carry out the action in exchange for this reward or if the effort to be made seems too great in relation to the proposed reward.

Another exercise is to know if they prefer to receive a small immediate reward or if they are willing to wait to receive a more substantial one, “says Dr. Jaffré.

First results in a year 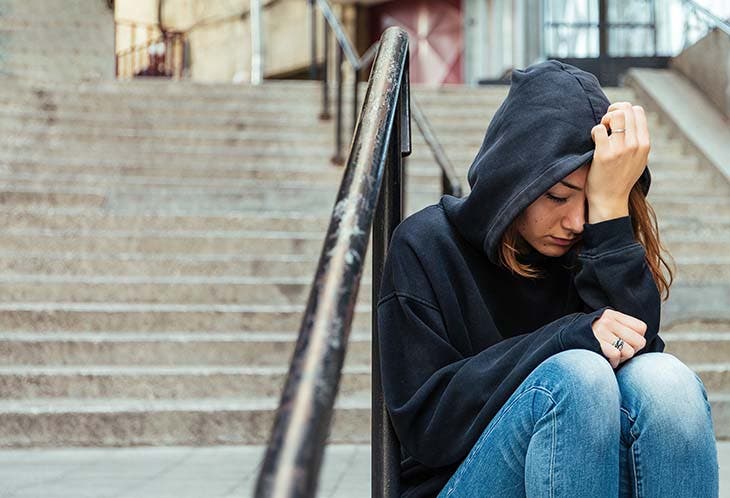 A depressed girl sitting on the street – Source: spm

Combining this battery with neuroscience tools (mathematical modeling of behavior and brain imaging) we will seek to compare the effects of molecules with different mechanisms of action, to predict patients in whom conventional antidepressants will be ineffective. As part of this study, patients will need to have an MRI of the brain. In particular, this will make it possible to identify brain abnormalities associated with motivational disorders in depression. In short, thanks to this study, it will be possible in the future to be able to predict, within patients, who will be sensitive to conventional antidepressants and who will immediately require more aggressive treatment for depression. For example, tremor therapy (previously known as electroshock) or other medications. “Five French hospitals are involved in this study that should last 3 years and that has a sum of €150,000 from the Foundation for Medical Research. We will have the preliminary results within a year”, concludes Dr. Jaffré.

3 questions to Clotilde Courau, patron of the Foundation for Medical Research (FRM)

Why do you support research on psychiatric illnesses?

I am especially sensitive to issues related to these diseases because I know people who have suffered from them. France was for many years ahead, in this area, compared to neighboring countries. But today, research is less supported by the state. Researchers waste too much time looking for funding. We have to help them, encourage them. It is an honor for me to support research as a sponsor of the FRM.

Depressed people need social connections and recognition. What do you think ?

Psychiatric illnesses, whatever they may be, must be treated early. Prevention is essential: the sooner these pathologies are treated, the more likely people are to recover. For this, they actually need social ties, the support of loved ones. These diseases are absolutely not embarrassing. We must break the taboo that concerns them. We must support and surround people who suffer from it instead of stigmatizing them.

What messages would you like to deliver to adolescents to prevent depression and improve their quality of life?

I would like to tell you that health is a true treasure that was given to us at birth. We must take care of it. Adolescence is, of course, the age of first experiences, of rebellion and, sometimes, of aggressiveness and risk-taking. But these risks must be controlled. You have to be careful with chemicals, drugs, excessive alcohol consumption. A healthy lifestyle (regular physical activity, balanced diet, sufficient sleep, stress control, etc.) is necessary at any age. This allows us to better manage moments of suffering and illness. We must maintain this wonderful machine that is our body, from an early age.

read also How else to deal with stress?